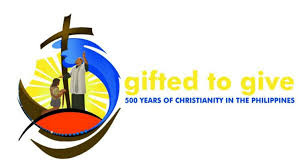 I was privileged to say Mass for the people in Suluan Island in Guiuan, Eastern Samar (Philippines) for the very first time a few months ago. It was a very touching and enriching experience for me who was aware of the rich history of the place.

I told the islanders in my homily that I felt honored to celebrate the Eucharist together with the descendants of those who first met Magellan and his men almost 500 years ago. (It is to be noted that according to the chronicle of Antonio Pigafetta, the expedition of Magellan, after months of crossing the Pacific, first anchored in Suluan Island on March 16, 1521 before they eventually landed in the adjacent Homonhon Island the next day—March 17.)

I reviewed to them briefly the said significant historical event and pointed out to them that the very first Filipinos encountered by the Western explorers were from their island of Suluan who visited Magellan in Homonhon on March 18, 1521. The said islanders, when they saw the hungry, tired, and sick men of Magellan were immediately moved to help the explorers and to provide them with their needs. They gave food, water, and necessary information to the navigators.

And these they did out of their natural sense of generosity and compassion. Driven by their natural virtue of hospitality, the early Suluanons manifested to the whole world that even on the natural level, one can be good and do good--- one can be able to see another human being, even a stranger, as a brother in need.

And how much more should this be for the Suluanons now that they are already baptized Christians! Now, they are not only obliged to be naturally-good but also to raise up their natural virtues, gifts and talents into the level of the supernatural, to the level of the Christian and the heroic.

And this is the important point that I highlighted to them: we were gifted, like our ancestors, precisely so that we can give. We were blessed so that we can become extravagant sources of blessings for others. If ever the Lord has given us much, this is because he wants us to give much.

This is also the reality of Christmas. It is not enough to have gifts. What is more important is to open our gifts, appreciate them, be grateful for them, nourish them, and nurture them so that we can more abundantly share them to others. We are given more so that we can live more, love more, serve more, and share more.

I am convinced that this reality is already happening in Suluan, almost 500 years after the coming of Magellan. The passionate fervor of the Catholics there--- surprisingly even among sea-hardened men is exceptional. Their barrio chapel, though less-frequently visited by priests because of the immense distance from the mainland, is a profound spiritual center for the residents there, even when they have to celebrate priestless paraliturgies. They are a people who understand well the reality of the Church, the value of the sacraments, and the demands of their prayer lives and who see the crucial importance of transmitting their Catholic Faith to their children and to the future generations.

The Catholics in Suluan Island, the descendants of the people who first encountered the expedition of Magellan in the Philippines, were gifted to give. They are concrete examples of people who were blessed and who thereby learned to effectively share their blessings to others. And they did not only give. They also learned how to give the best and to give them well.

As we gather in prayer for this special online Christmas Novena, "The Nine Gifts", may we realize that we too are gifted and that giftedness is meant to be shared so that "all the ends of the earth will see the salvation of our God." (Isaiah 52:10). 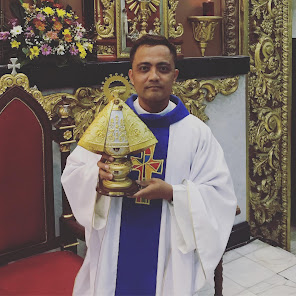 Invocation to Mary and Joseph